How to recognise Black History Month in your workplace 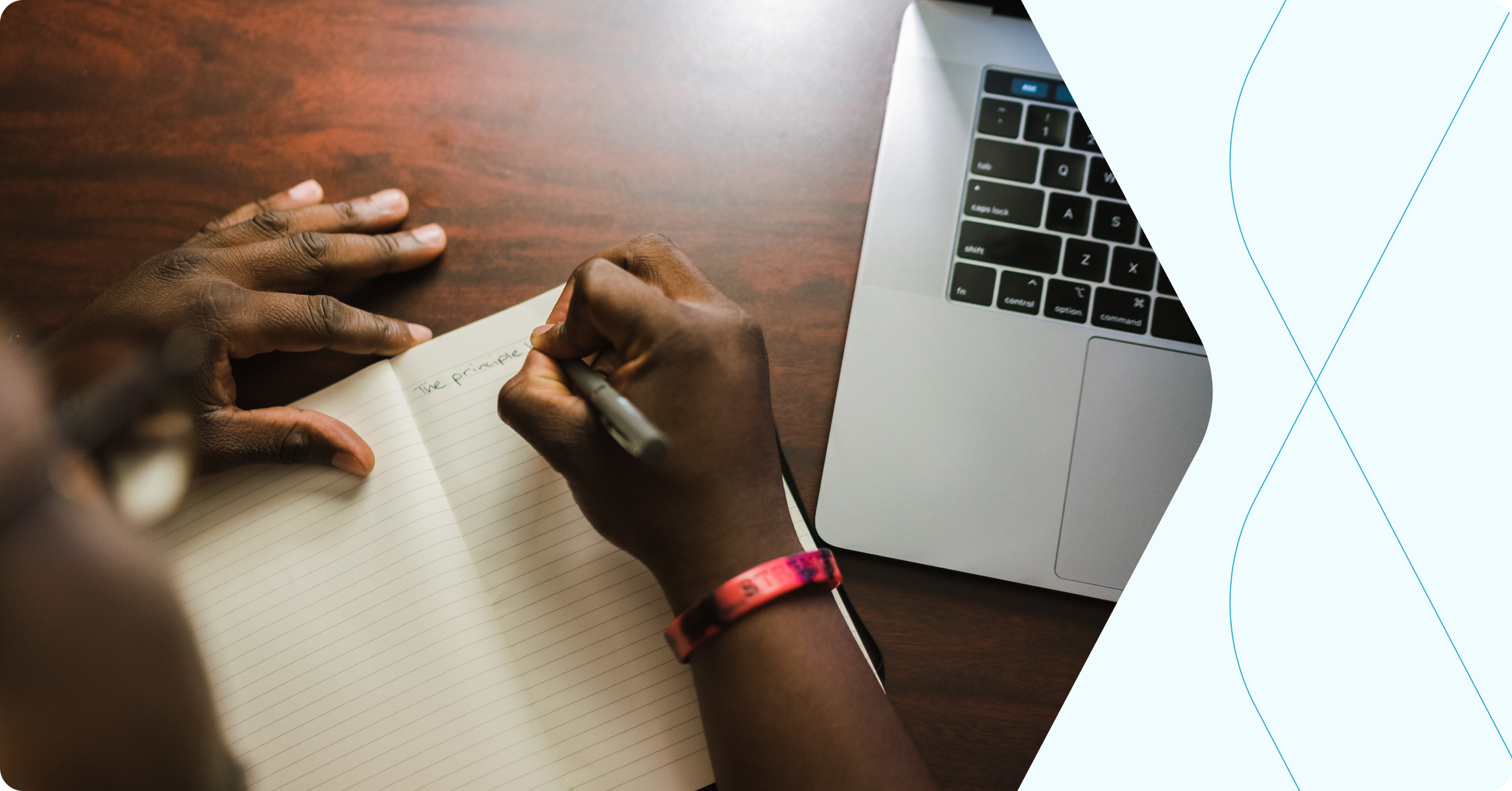 What is UK Black History Month?

UK Black History Month is held every October to recognise Black British history and celebrate Black culture. During this month, organisations and individuals are encouraged to give space to Black stories, which are often overlooked in mainstream history.

Black people have made significant historical contributions to the UK for centuries. Did you know that the first Black Briton who we have a historical record and image of dates back to the Tudor period? John Blanke was a trumpeter in the courts of Henry VII and Henry VIII and successfully petitioned the king for a pay raise to match his White peers in the early 1500s.

Although you might learn about the slave trade in school, most of Black history is overlooked on the typical UK history syllabus. Recent nationwide campaigns have shed light on the lack of Black history taught in UK schools. A 2021 survey found that:

In contrast, 86% of pupils learn about the Tudors.

“The presence and role of black people in the British story were all too often ignored completely or else reduced to footnotes. When black figures did appear they were often mute and passive, the victims of slavery or the beneficiaries of abolition.” – historian and broadcaster David Olusoga.

Why is it important to recognise UK Black History Month?

Black History Month draws attention to Black history and the legacy of racial inequalities in Britain.

In the wake of the 2020 Black Lives Matter protests, there was a global outcry over police brutality in the United States. The deaths of George Floyd, Eric Garner and more unarmed Black Americans sparked protests across the world, including in the UK.

The movement also ignited a broader conversation about racial inequalities in Britain, spurring many to dig deeper into the history of racism in the UK. Although slavery was made illegal in Britain in 1807, its legacy, and the British empire’s role in it, still shape our society today.

This month serves as a reminder of the work still to be done. By learning about the past, we can build a better future.

The theme for UK Black History Month this year is ‘Time for Change: Action not Words.’ Learning about history is important, but that alone won’t change things. To tackle racism and inequality, we need long-term actions.

The experience of Black professionals in the workplace

Responding to the Black Lives Matter movement in 2020, many organisations pledged to tackle inequalities from within. Leaders made inspiring commitments to prioritise diversity, equality and inclusion. But today, many tech companies are falling behind on their promises.

Black employees in the UK report worrying levels of discrimination in the workplace. A 2022 report from CoQual revealed that more than two-thirds of Black professionals have experienced racial prejudice at work.

The CoQual report also sheds light on the micro-aggressions that Black British employees face regularly in the workplace. Black African professionals report experiencing microaggressions at work, such as their colleagues mispronouncing their names or assuming they’re unfamiliar with UK culture.

On the whole, UK tech is more diverse than other industries. 3% of the UK tech workforce identifies as Black, mirroring 3% in the broader population. But when it comes to diversity at the top, the picture isn’t as rosy. Only 1.5% of managers, directors and senior officials in the UK are Black. In 2021, Forbes reported that there were zero Black CEOs, CFOs or board members in the UK’s largest 100 companies.

This lack of diversity runs through funding in venture-backed start-ups too. Only 38 Black entrepreneurs received venture capital funding from 2009 to 2019 within Europe, representing just 0.24% of the total sum invested. All White teams received 91% of the overall funding.

Recognising Black History Month in the workplace means recognising that something needs to change. We can do better than this. This month, learn about history, open up conversations, and develop a plan for progress.

How can you recognise Black History Month in the workplace?

The theme for Black History Month 2022 is ‘Time for Change: Action not Words’. Sharing an infographic on LinkedIn or Slack isn’t enough. If we’re serious about changing work (and the world) for the better, we need bold action. Here are some ideas to get involved.

Remember, these actions should stretch far beyond Black History Month. This is no excuse to only pay attention to inequality and racism for one month in the year. The key to change is developing a strategy with clear accountability.

Inspect your processes for bias

Bias can show up unnoticed in your processes. Whenever things are left down to manager discretion (and let’s face it, that’s typically a lot), personal bias can sway things. The subconscious stereotypes or assumptions that people hold can have serious effects on Black employees’ careers.

Let’s take performance reviews as an example. It’s well documented that the same behaviour can be judged differently depending on who is doing it. Being direct and assertive may be interpreted as “strong leadership” if it’s a white Man, but “bossy overconfidence” in a Black woman.

In a recent CoQual survey, 76% of UK Black professionals said they have to work harder than others to advance, compared to 30% of White professionals. And research from McKinsey revealed that Black employees feel they’re treated less fairly and get less support to advance than their peers.

All employees should receive equal treatment. The best way to assess the fairness of your processes is to look at the fairness of outcomes. Do Black people receive raises at the same rate as their non-Black colleagues? How about promotions, project assignments and high ratings in performance reviews?

A graph in the Fair HQ platform showing the fairness of promotion outcomes.

If the data reveal that certain groups progress at different rates, it points towards bias in your foundations. If that’s the case, make changes to minimise bias and remove inequalities. Read more about how to harness behavioural science to make fairer decisions and de-bias your processes.

How do Black people in your company feel? Take this month as an opportunity to pass the microphone to employees so that they can share their first-hand experiences.

Open up a two-way conversation. Organise a town hall or smaller focus group with Black employees and the leadership team and have an open discussion in a safe space. Invite people to speak up and share their personal stories. The idea is to give everyone a voice and learn more about barriers in your company.

Remember, not everyone feels comfortable sharing their experience publicly. Get a snapshot by running a confidential survey to capture employees’ full inclusion experiences. With an anonymous and secure process, people will feel more confident sharing honest feedback.

To get the deepest insight, invite all employees to take part in the survey. That way, you can compare the experience of different groups. If the data reveals disparities between different groups’ inclusion levels, take targeted actions to address them. Commit to running surveys every 6 months so you can see the impact of your DEI work.

Whichever way you gather employee feedback, it’s crucial to address any issues that you uncover. Employees can lose trust when they voice their thoughts and see no action in response. Share follow-up actions with employees to show how their feedback contributes to change.

Looking for a way to gather secure and accurate inclusion data? The Fair HQ platform has a built-in employee survey to capture the full inclusion experience of all your employees.

Standing up against racism and discrimination is easier said than done. We might like to think of ourselves as superheroes in waiting, ready to spring into action at the first sign of injustice, but for most of us, that isn’t the case.

A psychological phenomenon known as the ‘bystander effect’ states that we feel less individual responsibility to act when there are others present. So if you see someone make an inappropriate comment about your Black colleague’s hairstyle, or use downright offensive language, your first instinct might not be to react but to defer responsibility to someone else in the room.

Active Bystander training can help us overcome this reluctance to act. When run by a professional, this type of training helps develop skills to safely intervene in instances of racism, discrimination or prejudice.

Creating inclusive, safe environments comes down to individual behaviours. To be effective allies, we all need to feel confident standing up against racism. Active bystander training sets a clear expectation of what behaviour you encourage in your company, and what won’t be tolerated.

Develop a plan of action to support Black employees

To tackle inequalities, we need to look long-term, beyond Black History Month. Show you take it seriously by developing year-round initiatives to support Black employees in your workplace.

Here are some powerful programmes to commit to:

Encourage everyone in your company to learn something new this Black History Month and beyond. Here is a list of books, podcasts and films we recommend:

UK Black History Month serves as a reminder of the history of racial inequalities in the UK and the inequalities that still exist today. This month is a time for learning and for action, but your dedication to equality should be permanent. Continue to learn about Black history beyond this October and, if you’re not already on the way, kickstart your journey towards building a fair and inclusive company.

Mackenzie, L., Wehner, J., & Correll, S. J. (2019). Why most performance evaluations are biased, and how to fix them. Harvard Business Review