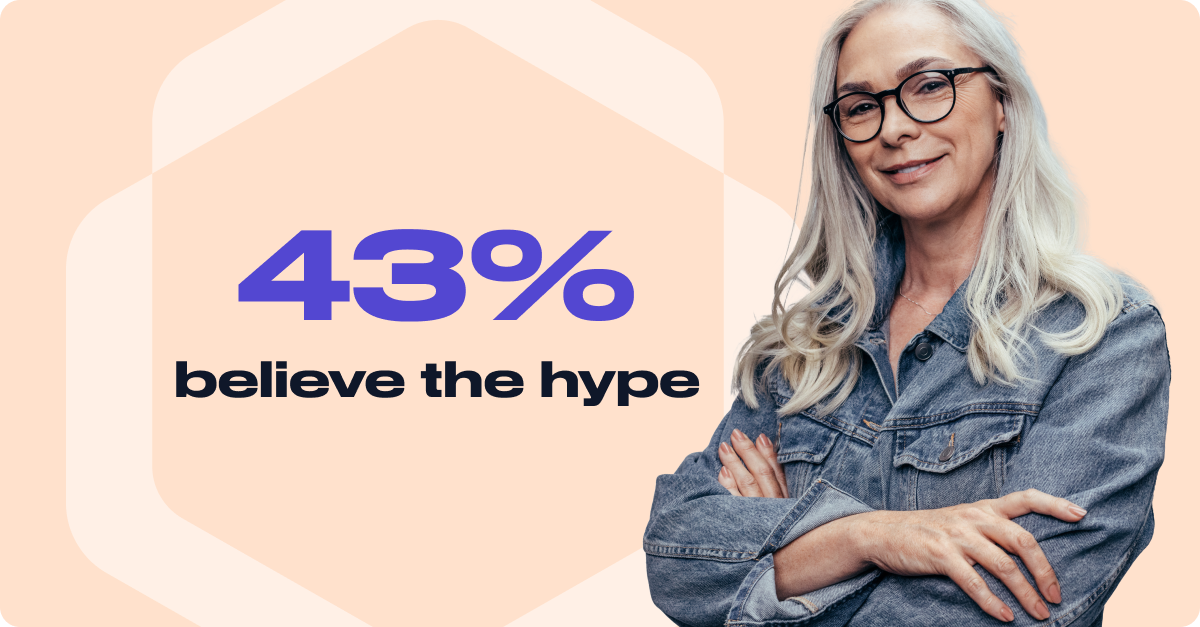 Businesses are increasingly taking steps to understand their diversity and inclusion. But just paying attention to D&I doesn’t mean you’re guaranteed to make progress. To make a real, long-lasting impact, you need in-depth insight into your current challenges. With this understanding, you can pinpoint the areas to improve and tackle these issues with evidence-based recommendations.

Unconscious bias happens naturally (to all of us). Our brains are constantly making incredibly quick judgments about what we see and hear. It’s so seamless that we don’t even realise it.

We all know that unconscious bias is bad for diversity – it makes people want to hire, work and hang out with people that look and talk like themselves. If you don’t look or act like the majority, you’re placed at a disadvantage, which puts underrepresented groups such as women and people of colour at a disadvantage.

So, what should we do about it?

A commonly held belief is that we can overcome our internal biases simply by learning about them. Recently, companies have signed up en masse to educate themselves about unconscious bias. US companies alone are spending around 8 billion dollars a year on unconscious bias training.

Yet this type of diversity training doesn’t actually make people behave more inclusively. Yes, it raises employees’ awareness of bias, but if that doesn’t translate to behaviour, what’s the point?

Why doesn’t unconscious bias training work? The key to this puzzle lies in the “unconscious” part. Changing behaviour that we’re not conscious of takes a lot of effort, motivation and self-awareness; a couple of hours in the classroom doesn’t cut it. But don’t worry, effective remedies do exist.

At Fair HQ, we stay on top of all the latest research in behavioural science to bring you interventions that really work. We distil the best proposals into our one-of-a-kind recommendation library, packed full of actions that move the dial on diversity and inclusion. Let’s take a look.

Firstly, research shows that diversity only truly benefits the company culture if you also get inclusion right (see Mor-Barak and colleagues, 2016). So instead of embarking on a one-off diversity campaign, we help you build an all-around D&I strategy that encourages talent – regardless of their background – to join, stay, succeed and lead.

We provide a series of ready-to-implement recommendations to the companies we work with, tailored to the areas that need the most attention. Whether that’s making sure the hiring process isn’t biased, empowering minority employees to build long-lasting social connections or making it easier and safer for people to voice their concerns and complaints.

All of Fair HQ’s recommendations are based on verifiable and evidence-based sources. We’ve scoured academic journals, think-tank reports and company D&I initiatives for impactful interventions.

Where possible, we rely on evidence from field experiments, which test an intervention directly against a business-as-usual group. This gold-standard method is used to test the effectiveness of new medicines, but increasingly it’s being used to test if workplace programmes work.

What did we find?

Circling back to unconscious bias, we learned that we can remove unconscious bias from the hiring process by blinding CVs, making candidate feedback private rather than sharing it between hiring managers and using work sample tests.

These are just a handful of insights that we weave into our recommendations (our recommendation library encompasses all of your people processes, including onboarding, performance reviews, promotions and so on).

But at Fair HQ, we don’t believe in silver bullets or one-off D&I initiatives. When we prepare a strategy for our customers, we combine various types of proposals to suit their unique needs. That includes small nudges, transformational programmes, tech tools and low-cost changes to your policies and processes.

And to make sure you hit the ground running, we provide guides, templates and implementation tips & tricks all based on evidence, suitable to your D&I maturity level.

Don’t stop there: check in to see how you’re doing

We started this blog by asking what makes D&I initiatives likely to succeed. We’ll pick out one that comes up time and time again: evaluation and monitoring. It’s not enough to release your strategy into the wild and cross your fingers that it lands successfully.

Companies should track diversity and inclusion metrics as they would for any business outcome, such as marketing, sales or product analytics.

As the old saying goes: if you can’t measure it, you can’t manage it.

Organisations who don’t monitor implementation and progress end up inventing the wheel over and over again.

Perhaps you already track diversity in your hiring funnel, and that’s a great start! Have you also started collecting and tracking data on employees’ access to promotions? How about their uptake of L&D programmes, or access to bonuses and raises?

If you find significant gaps in promotion rates between men and women, for example, you’ve diagnosed a potential issue. Checking in regularly to see if the gaps are closing (or widening – help!) can ensure your D&I strategy is powerful.

We’re here to help. Fair HQ built a tech platform enabling you to…

🔬 Audit your D&I and benchmark it towards your location & industry

🤝  Build accountability across the organisation – you’re in this together

📈  Track your D&I metrics over time

Want to get started?

Want to dive deeper into our thinking? Here’s our academic back-up